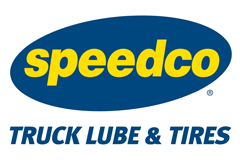 Speedco is the only national network to specialize in quick lubes and tire services for the trucking industry. Are you over your PM interval? Can't make it back to the shop? We are your in-route answer for lube and tire services.

And, we'll get you back on the road fast. We understand, time is money. Every second of our time, every square inch of our stores are dedicated to one simple goal: getting your truck back on the road.

Our difference is in the details. Our dedicated team will strive to satisfy you with integrity, efficiency and quality service that is the best in the industry. That means a can-do spirit you can count on at every location. No hassles. No excuses. No slowing down. 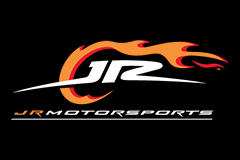 JR Motorsports is the professional race team and management company for Dale Earnhardt Jr., NASCAR’s 11-time Most Popular Driver and winner of more than 40 NASCAR-sanctioned races. The company is based in Mooresville, N.C., and operates out of a 66,000-square foot facility that serves as the nucleus of Earnhardt Jr.’s racing, marketing and business interests.

JR Motorsports tours nationally in the NASCAR Nationwide Series, where it fields multiple teams, as well as regionally with its late model program. Entering the 2014 season, the company boasts 12 Nationwide Series wins and more than 30 late model victories, including a track championship in 2012.

JR Motorsports first foray into racing came in the form of a street stock car that competed at Concord Motorsports Park in Concord, N.C., during the summer of 2002. After numerous wins in the local ranks, Earnhardt launched his Nationwide Series program in 2006. In 2008 he merged with Hendrick Motorsports to field a joint effort that would include engineering, chassis and engine support. The collaboration paid off as JR Motorsports enjoyed a breakout season with four victories among its two teams. With driver Brad Keselowski driving the flagship car, the company would score eight victories during the 2008 and 2009 campaigns.

At MPI, they take every aspect of construction and safety to heart and in the most accurate and dedicated way possible. Before becoming an MPI product, their structures need to pass internal quality control tests. Amongst the many, one is a torque structural steering wheel test that is considered one of the most severe on the “road car” market. Another is a stress test to see what their steering wheel does when load is applied to it. This simulates what happens when drivers keep their hands on the steering wheel during a severe impact. This is just couple of examples of how their technology works and how safety and construction R&D is applied to all MPI products.

Racing Electronics has been in the racing business for over 20 years. What began as a hobby in a condo in 1988 has grown to become the #1 Company in Race Communications Worldwide. 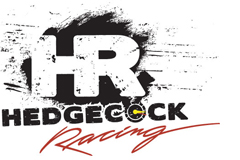 Hedgecock Racing Enterprises is a leader in the stock car manufacturing located in High Point, North Carolina. We have been in business over 30 years designing and building of stock cars and trucks, motorcycles, and restoration of old American cars.

Hedgecock Racing Enterprises was founded by stock car industry veteran, Jay Hedgecock. Jay started this fabrication business in a small Quonset hut located on his parent’s property in 1983 in High Point, NC. After beginning his career building and racing his own race cars, Jay worked his way up to Winston Cup using equipment and race cars that he and his crew built themselves. Through this process, Jay developed a reputation for building great race cars and other drivers and team owners started coming to him for their race car fabrication needs. Hedgecock Racing Enterprises built race cars for many famous NASCAR drivers such as; Richard Petty, Dale Earnhart, Sr., Jeff Burton, Kevin Harvick, and Mark Martin’s son, Matt Martin. Today, Hedgecock Racing Enterprises’ 13,500 square foot facility is located on the same property catering to the local short track drivers in North Carolina, South Carolina, Tennessee and Virginia.